OUR CHALK STREAMS ARE IN CRISIS. THEY NEED YOUR HELP. 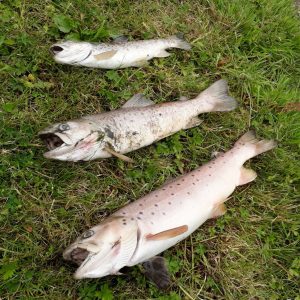 After three dry winters we now find ourselves in a situation where nearly 60% of the chalk stream habitat in the Chilterns AONB is dry and with groundwater levels continuing to fall across the area the situation is getting worse by the day.

Chalk Streams are a globally scarce habitat. There are only around 260 chalk streams in the world and nine of these are in the Chilterns. They are an iconic part of the landscape in southern England and support a huge diversity of life. But they are quite simply dying from a lack of water.

In May 2019 a group of 12 organisations including the Chilterns Chalk Streams Project came together to launch a ‘Chalk Streams in Crisis’ campaign to demand better protection for these rivers, calling for immediate water use restrictions and a much higher priority for long term drought planning. As a result of these efforts, Charles Walker, MP for Broxbourne, has secured a debate in the House of Commons on the issues raised in the Chalk Streams in Crisis report, which will take place on Monday 22nd July. If you care about your local rivers, please tell your MP and join the campaign.

Write to your MP: http://bit.ly/ChalkStreamsWriteMp

Allen Beechey, Project Manager of the Chilterns Chalk Streams Project said “The Chalk streams in the Chilterns have reached crisis point. 60% of the chalk Stream habitat in the Chilterns AONB is now dry. The river Ver in Hertfordshire is dry for 10 miles, or about 2/3 of its total length. Fish deaths have been reported in the last week as more of the river dries up. One Chiltern stream hasn’t flowed at all for 3 years. These rivers are quite simply dying from a lack of water and the situation is getting worse by the day. We know that lots of people care about their local river and want to do something to help – this is your chance. Please contact your local MP, tell them that you care about your local environment and ask them to join the Commons Chalk Streams debate next week.” 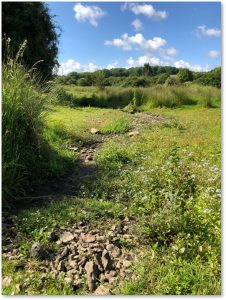 In addition to government action there is a lot that can be done on an individual level. Across the Chilterns, most drinking water comes from groundwater (it is pumped out of the chalk aquifer). The more we take out, the less is available to supply the rivers. Parts of the Chilterns have the highest water use in the UK at 173 litres per person per day (which is more than 30 litres above the national average). Simple steps like fixing leaky taps and toilets, taking shorter showers and banishing the hosepipe all make a difference.

The Chilterns rivers are suffering from drought, yet hardly anyone is talking about it. Please help us to change that.

1. Led by the Chilterns Conservation Board, the Chilterns Chalk Streams Project is a partnership of statutory agencies, local authorities and voluntary bodies committed to conserving the chalk stream environment. The Chalk Streams Project aims to conserve and enhance all major chalk streams in the Chilterns AONB and to encourage enjoyment and understanding of them.www.chilternsaonb.org/chalk-streams
2. In June 2019 a group of 12 organisations wrote to Environment Agency Chief Executive Sir James pressing the case for urgent action now to drive down demand and to save water. The signatories included the Angling Trust, The Wild Trout Trust, Chilterns Chalk Streams Project and Rivers and Wildlife Trusts covering most of the Home Counties. Read the full report here – Chalk Streams in Crisis
3. The Conservation Board was set up following the passing of the Countryside and Rights of Way Act, 2000, to conserve and enhance the natural beauty and increase awareness and understanding of the Chilterns AONB. The Board, which also aims to foster the social and economic well-being of local communities, is supported by Defra and all local authorities in the area.
https://beaconsfieldtogether.co.uk/wp-content/uploads/2019/07/B2524A6B-26F6-4365-9DF1-8D086481B5C8.jpeg 781 589 admin https://beaconsfieldtogether.co.uk/wp-content/uploads/2020/03/beaconsfieldlogo-300x167.png admin2019-07-19 09:08:382019-07-19 09:08:38Chiltern Chalk Streams in Crisis
Let’s make art, for healthy wellbeing an inclusive, outreaching art event